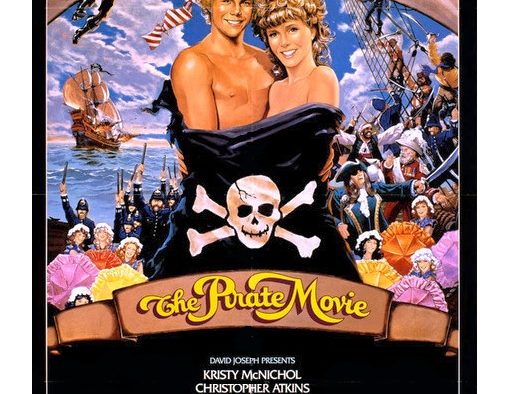 The Pirate Movie (1982). Mabel (Kristy McNichol) yearns for true love. Unfortunately, she has to be knocked out to find romance. While attending a pirate festival, she falls for the dashing Frederic (Christopher Atkins), who puts on a swashbuckling sword-fighting clinic. The two are supposed to sail away together, but Mabel is left on the pier. She gets in a boat to follow him, and winds up on a desert island where she gets knocked unconscious and is propelled into the past, dreaming of pirates and, of course, romance.