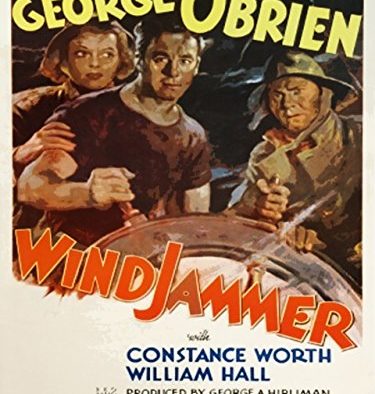 Windjammer (1937). Bruce Lane is serving a court paper on Commodore Selby. He finds no other way of doing this than enlisting on board the Commodore’s yacht – and a potentially murderous race to Hawaii. Probably the only redeeming factor to the situation is the ravishingly attractive Betty Selby. When the yacht is rammed by Captain Morgan’s gunrunning windjammer and all hands are captured.