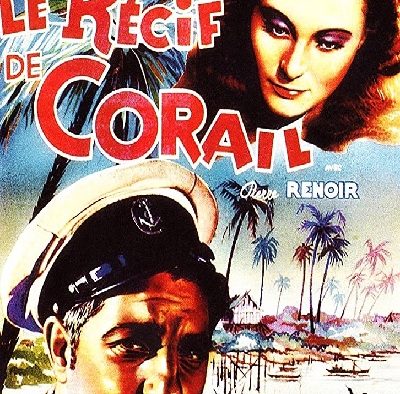 Coral Reefs (1939) Le Récif de corail. A French language motion picture adventure drama that tells the story of a charged innocent Mexican sailor who escapes to a lagoon in the Pacific Ocean. He meets with a lonely girl in the woods, having an affair. However his current gunrunning operation is noticed by an earnest detective.