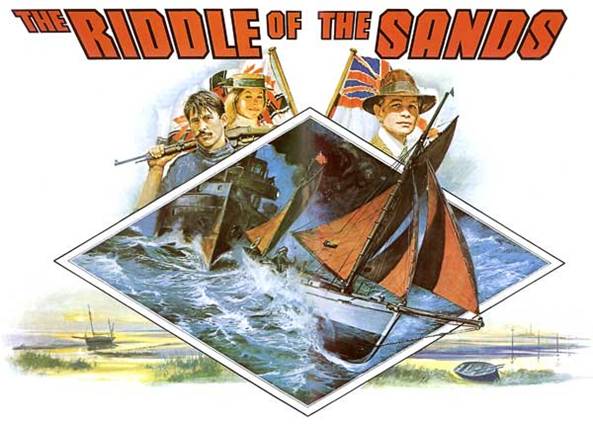 Riddle of the Sands (1979). In 1901, two British yachtsmen stumble upon a German plot to invade England in a flotilla of specially designed barges. They set out to thwart this terrible scheme, but must outwit not only the cream of the German Navy, but the feared Kaiser Wilhelm himself.