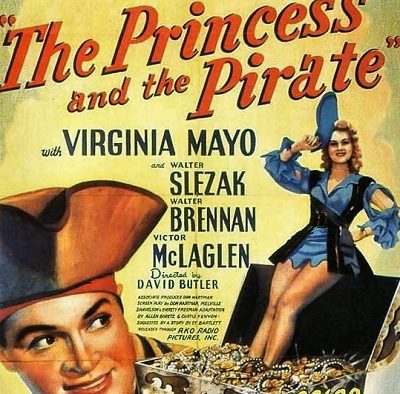 The Princess and the Pirate (1944). Based on a story by Sy Bartlett, the film is about a princess who travels incognito to elope with her true love instead of marrying the man to whom she is betrothed. On the high seas, her ship is attacked by pirates who plan to kidnap her and hold her for ransom, unaware that she will be rescued by the unlikeliest of knights errant.