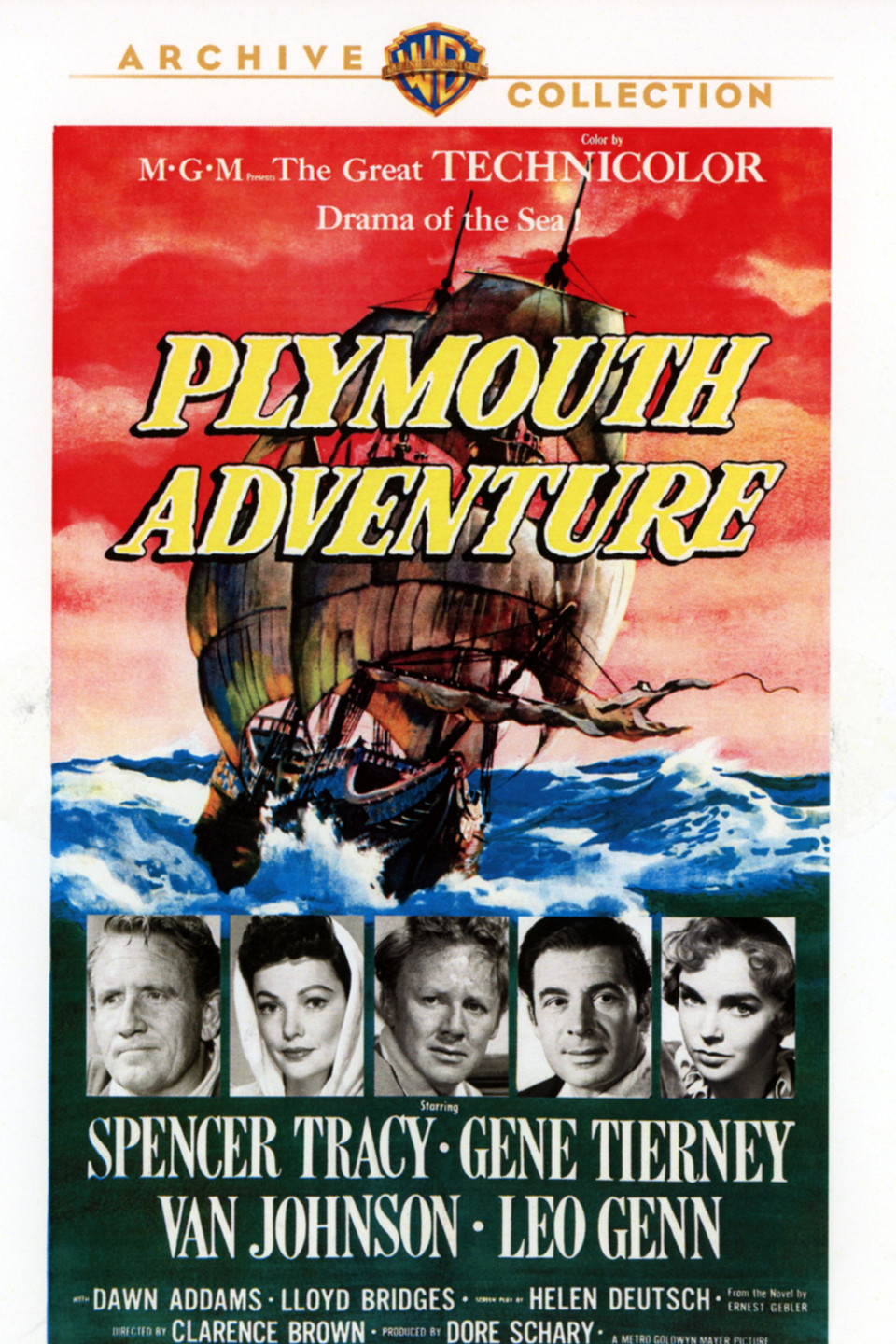 Plymouth Adventure (1952). In 1620, a group of religious outcasts boarded the Mayflower in England and set sail for the New World, where they founded a tiny wilderness outpost that was the genesis for what would become the United States of America. This is their thrilling story, a tale of hardship and devotion, of storms, hunger and disease faced and defied. Screen great Spencer Tracy portrays the Mayflower’s skipper, whose clenched heart is opened by his love for a gentle passenger (Gene Tierney) and the unfaltering courage of the pilgrims. Clarence Brown’s forthright direction, Miklos Rozsa’s hymn-tinged score and Academy Award®-winning* special effects that thrust the viewer into twisting, towering seas await all who experience this memorable Plymouth Adventure. 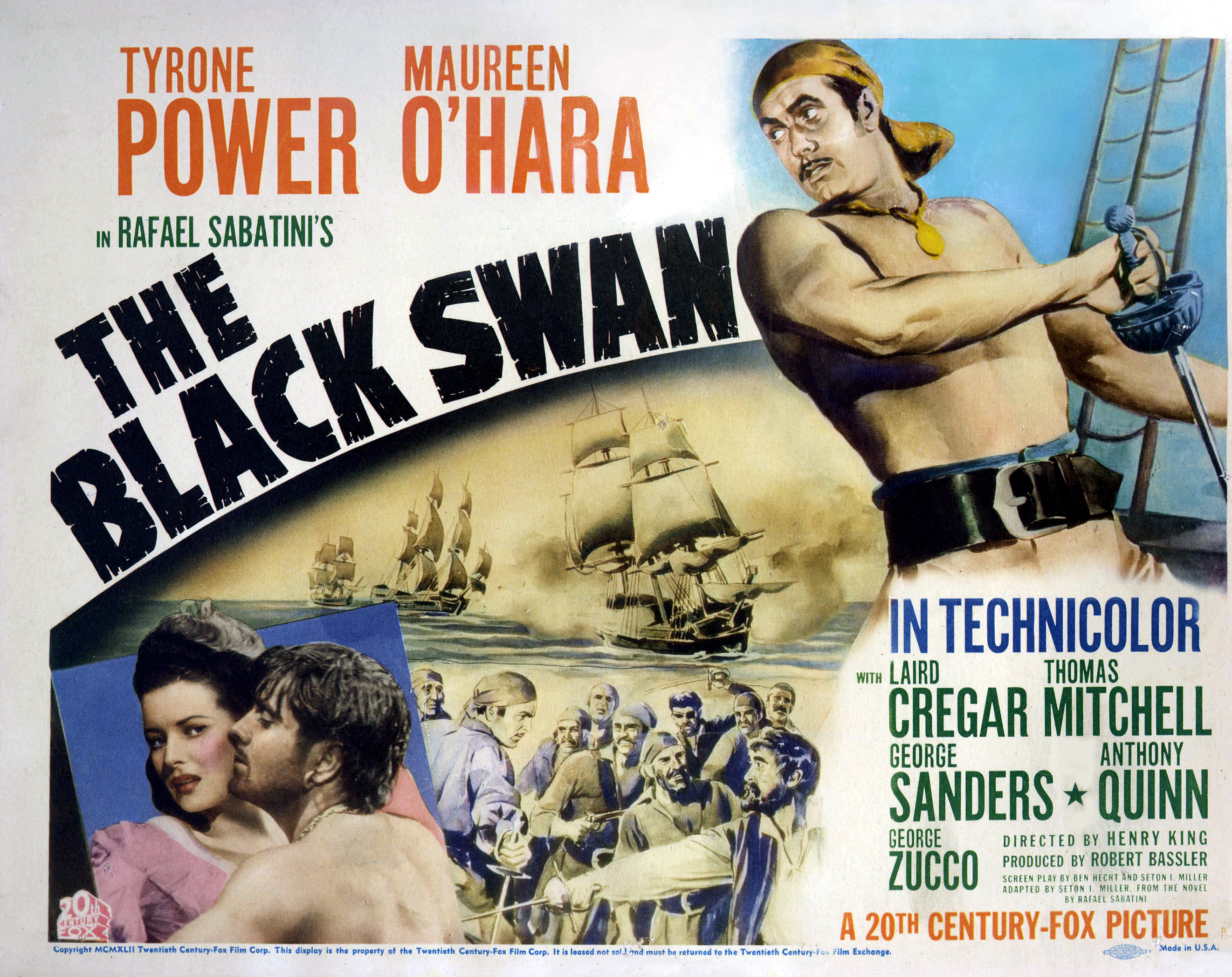