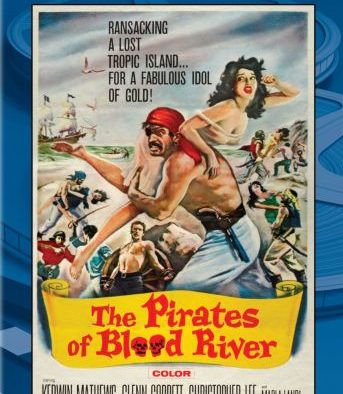 The Pirates of Blood River (1962). In a Caribbean village populated by religious refugees, Jonathon Standing (Kerwin Mathews) gets caught in an affair with the wife of a prominent local. Standing is sent to a nearby penal colony, but he is eventually freed by pirates commanded by LaRoche (Christopher Lee). The pirates then force Standing to lead them to his settlement, where LaRoche and his men battle the villagers and search for treasure. And when the pirates learn that there’s gold on the island, things really get cutthroat.