The Vikings (1958) is a riveting spectacle. Bitter hatred divides two brothers. Prince Einar (Douglas) is the son and heir of a savage Viking chieftain. Prince Eric (Curtis) is his unknowing half-brother, the bastard offspring of Einar’s father and an English queen. When the Vikings kidnap a princess Morgana (Leigh), her beauty inflames the desires of both men, forcing a bloody duel that decides their fate… and the future of the English throne. 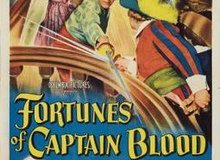