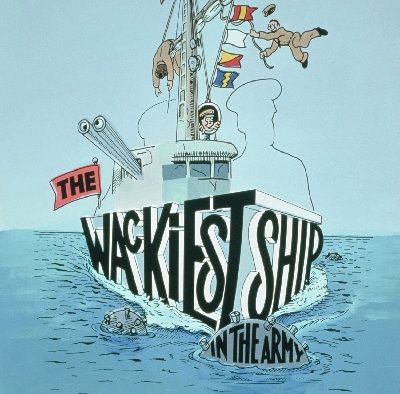 The Wackiest Ship in the Army (Series 1965-1966) is an American comedy-adventure series that aired for one season on NBC between September 19, 1965, and April 17, 1966. Produced by Harry Ackerman and Herbert Hirschman, the series was loosely based on the 1960 film starring Jack Lemmon and Ricky Nelson, which itself was a fictionalized account of a real wartime vessel.