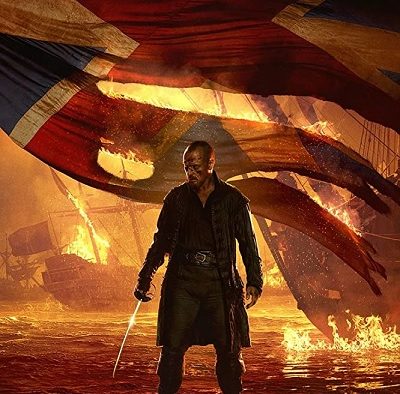 Black Sails (2014-2017) tells the story of Captain Flint, the most brilliant and feared pirate of his day, who takes on a fast-talking addition to his crew who goes by the name John Silver.  Threatened with extinction on all sides, they fight for the survival of New Providence Island, a debauched paradise teeming with pirates, prostitutes, thieves and fortune seekers, a place defined by both its enlightened ideals and its stunning brutality.