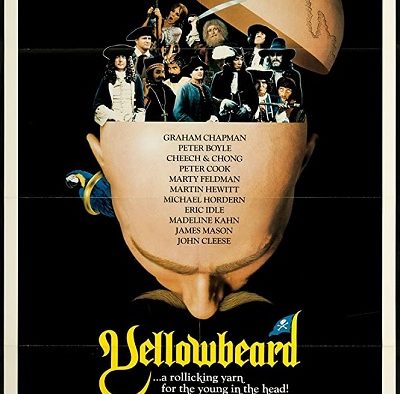 Yellowbeard (1983). A 16th century raunchy pirate spoof in which everyone – Monty Python, Cheech and Chong, James Mason, Madeline Kahn, Peter Boyle – wants to get their hands on hidden pirate treasure. But first they have to capture Captain Yellowbeard’s son, who has the map tatooed on his skull.