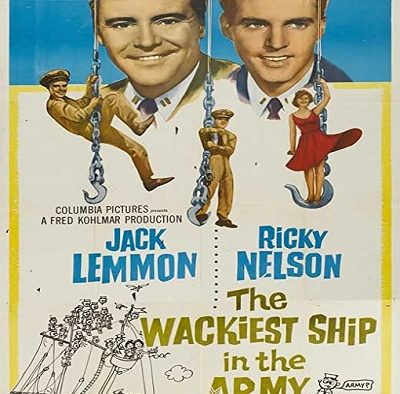 The Wackiest Ship in the Army (1960). The story is a fictionalized comedy of a real ship known as the USS Echo. It was a sailing vessel that originated in New Zealand and became part of the US Navy during World War II. Lt. Rip Crandall, who was a yachtsman before the war, takes command of the USS Echo, a sailing ship, for a secret mission in waters patrolled by Japanese warships.