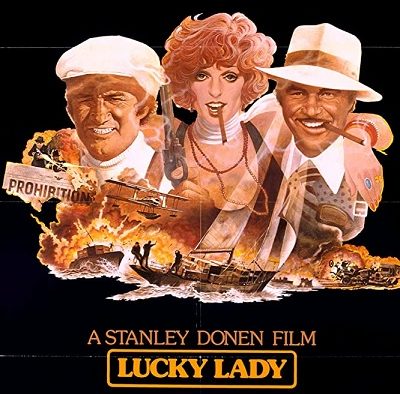 Lucky Lady (1975). A trio of rum-runners during prohibition in the 1930s engage in a menage-a-trois after business hours. It does contain some scenes on the water, but was not very successful at time of release despite the star-power of the actors. The film is more notable for serving as a storefront for George Lucas and Gary Kurtz who were looking for crew to assist with the look of Star Wars. Both visited the set during production and were impressed with what they saw. Several of the predominantly British crew were effectively recruited during this visit.