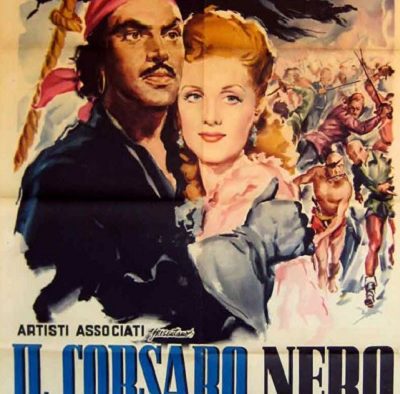 The Black Pirate (1944) El Corsario Negro, El Corsario Nero, The Black Corsair This genuine swashbuckler is yet another film from prolific Director Chano Urueta. It is based on the 1868 novel “The Black Corsair” by Italian author Emilio Salgari. Set in the Caribbean Sea during the 1700’s age of piracy, it chronicles the adventures of a pirate, (Pedro Armendariz) and his long-standing war against a colonial Governor (Jose Baviera) from Venezuela, who is determined to stop his nemesis. Actress June Marlowe plays the pirate’s love interest. Maria Luisa Zea and Jose Pulido round out the cast.

Previous Article
The Pirate (2012)
Next Article
80° North: Sailing On Top Of The World